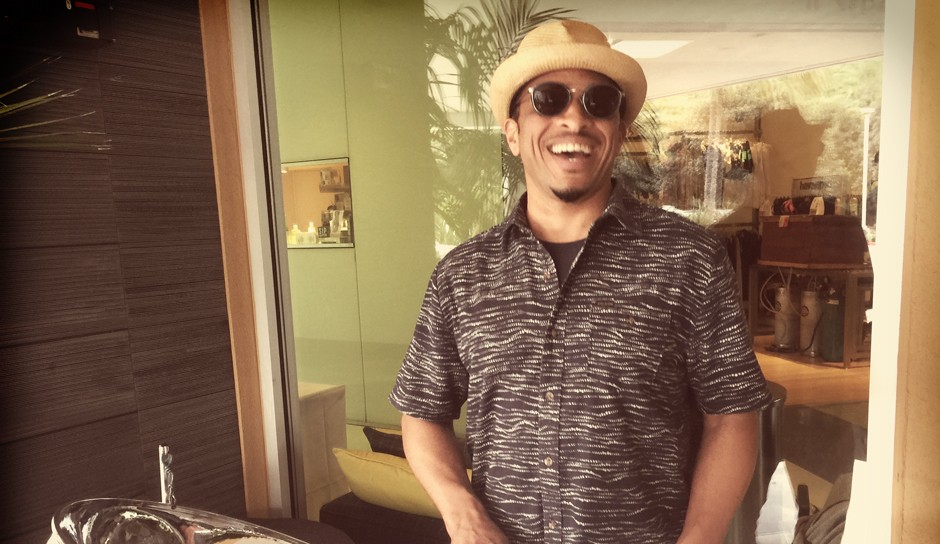 Alan Mark Lightner generates excitement through his energetic, charismatic, and highly skilled approach to playing and teaching music. His unique style, vast knowledge, and kind hearted spirit have wooed audiences and classrooms around the world. During his studies in the music program at the University of California at Berkeley, Lightner also pursued private instruction from masters in his fields of interest. Those fields were Afro-Caribbean music including the art of steel pans and the vast world of Afro-Cuban rhythms and instruments, Afro-Brazilian percussion, West African music, European classical percussion and the Afro-American art form of jazz. After receiving his B.A. in music in 1991, Lightner became a master faculty member at the East Bay Center for Performing Arts where he served as the director of the steel pans and drum set departments. Within his eight years as director/arranger for the advanced steel pan performing ensemble, he and the band received numerous accolades including the honor of being requested to perform for then Vice President Al Gore during one of his visits to the Bay Area. Lightner has been a featured guest on ‘The Osgood File”, Charles Osgood’s nationally syndicated radio news program, to discuss Lightner’s success with teaching inner-city students. He has been the subject of numerous magazine articles and was included in the sixth edition of Who’s Who Among America’s Teachers, 2000. Alan Lightner has been equally successful as a performer. He has performed and/or recorded with Will Smith, Mos Def, Ashanti, Barrington Levy, David Rudder, “Boogsie” Sharpe, De La Soul, Ghostface, Rakim, Roy Ayers, Andy Narell, the Braxton Brothers, Richie Cole and Lenny Williams to name a few. He has appeared in and contributed to the soundtracks of numerous films and television shows such as Ally McBeal, the Drew Carey show, Eli Stone and Desperate Housewives . Lightner compositions can be heard on various commercial jingles and numerous steel band c.d.’s including his own group Pan Ramajay’s three releases.  Los Angeles based band, Pan Dulce features Lightner penned tunes exclusively on their self titled release. Alan Lightner now juggles most of his time between composing, arranging and traveling internationally as a performer and clinician.