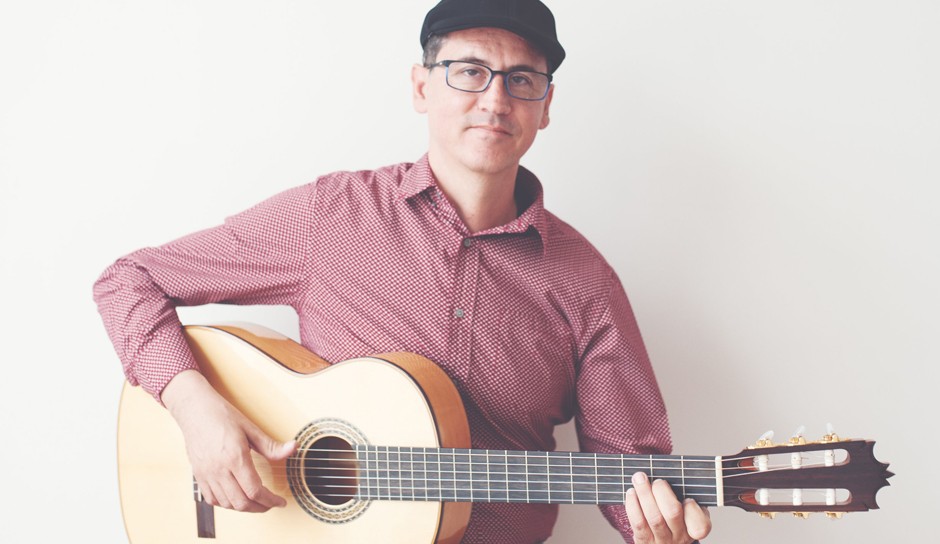 Alonso Aguirre and his twin brother Fernando were born in Guadalajara, Jalisco in 1972 since early age they shown a special talent for arts in special painting and music. In 1984 they started guitar lessons with Father Manríquez; staring in 1989 and for over 10 years they studied with the great Flamenco teacher Fernando Martinez Peralta at his Classical and flamenco guitar studio.

Later they studied Master Classes with classic guitarist Antonio Arnal in Spain and with Flamenco Guitarist Rafael Andujar in the National Center of Art of México Both twins have worked in every area of the Flamenco Guitar: concerts, accompaniment for singing and dance and teaching.

They have also performed concerts in different cities like:

Spain consulate in Guadalajara City gave them an award for : ¨Keeping and promoting the Spanish – Mexican Heritage¨ this recognition was handed by Jalisco´s governor Alberto Cárdenas and the Spain´s consul Jesús Dilla Gutiérrez.

Alonso lives in Los Cabos, Mexico. one of the most important tourist destinations in the country. Were he performs on a regular basis at major hotels such as Hilton los cabos Esperanza, , One and Only, Las Ventanas al Paraiso and Westin resorts.