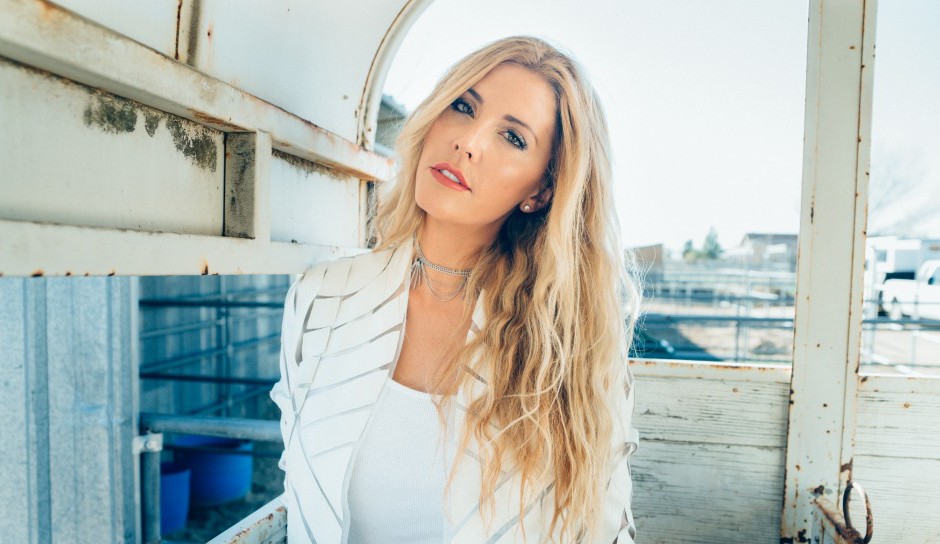 Los Angeles based country artist Caleche Ryder grew up riding horses and memorizing country songs in rural San Diego. “I couldn’t completely identify with the lyrics on the radio,” she says. “Artists were always singing about ‘the South.’ That’s why I sing about being a West Coast Cowgirl. I want to represent all the ranches and country music lovers of California and the West.”

Caleche has a distinct and soaring vocal tone and the ability to write memorable lyrics inspired by her own life experiences, sometimes positive and other times of deep loss. In 2002 she lost her older brother and best friend, Caylin, in a car accident. “My life was forever changed,” Caleche says. “I knew he would want me to succeed and thrive, so I decided to live life in honor of my brother.”

She pursued a college degree at the University of Nevada, where she rode her horse, Harley, and practiced singing as her talent to compete for the title of Miss Nevada. She won her first crown performing “One Way Ticket” by LeAnn Rimes, and then competed for the title of Miss America in 2008 representing the state of Nevada while touring the nation sharing Caylin’s story with young adults.

At the same time, Caleche ended a 6 year relationship with a cheating boyfriend, an experience that inspired her to write her own songs as a method of healing. Even better, she found love again. “My songs are not all sad,” Caleche says. “Many have comical and loving undertones. I am fun-loving, quirky, and transparent. I want to make people dance, have a shot of whiskey, and dance some more.”

When faced with the decision to record in Nashville, Caleche decided instead to remain loyal to her California roots and stay close to home working with one of the best producers in Los Angeles who shares her passion and vision for a unique, fresh, “West Coast Country” sound. It was a decision that’s paid off for Caleche; Fans can hear the cool LA/West Coast vibe in her music.

In 2015, Caleche opened for a number of major artists including at Route 91 Harvest Festival in Las Vegas, and released her first single “West Coast Cowgirl.” Gearing up for a big 2016, Caleche has partnered with Wicked Tango whiskey and Nitro Circus, with whom she’ll be hitting the road for most of the year. Her new single and video “Get Down” will be released this spring.