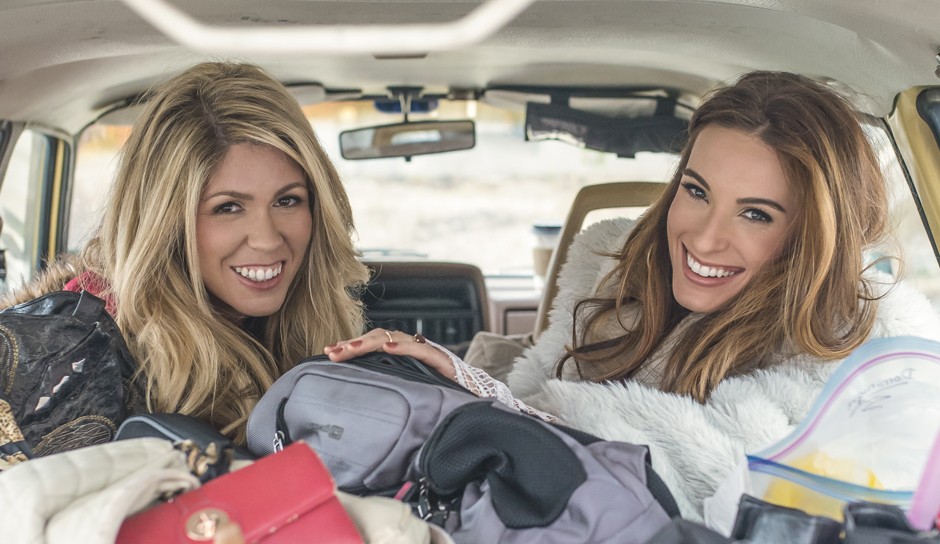 Fierce & radiant, Dixie Jade blend their love for classic country and vintage soul with in-your-face pop radio production. A duo in every way, their music marries the strength of powerful vocals and bold guitar riffs with the sincerity of a reflective heart. In their words it’s “Grit and Amazing Grace”.

Andrea (lead vocals/piano) and Dominique (vocals/lead guitar) first met while they were music students at USC. Although they never spoke, fatefully they ended up in the same choir and creative writing classes as juniors. A year later, Andrea recognized and approached Dominique at a songwriter’s open mic night hosted by The Bluebird Cafe in Nashville. They bonded over their love of 90’s country and the blues, and a fast friendship quickly turned into a creative partnership.

Since then they’ve written hundreds of songs together and toured across the nation. Brad Paisley even took note of Dominique’s YouTube cover of his guitar instrumental “The Nervous Breakdown” with a personal shout-out on his Facebook page. Dixie Jade has also recently performed on KTUL’s Good Morning Tulsa, opened for Thompson Square, Love and Theft, and Daryle Singletary in addition to playing the BMI Key West Songwriters Festival 2016. They’ve played countless shows in Nashville, including the legendary Bluebird Café and the Tennessee State Fair, and placed 2nd in the national competition American Country Star. In April 2015 they released their debut EP “With a Little Grit”, recorded on legendary Music Row at Warner Music Studios. Their single “Grit and Amazing Grace” has had spins on 99.1 The Ranch in Simi Valley, CA and Studio 30 A Live in the Florida Keys. You can check out their music on YouTube and follow them on social media (Facebook, Twitter, Instagram) @DixieJadeBand.