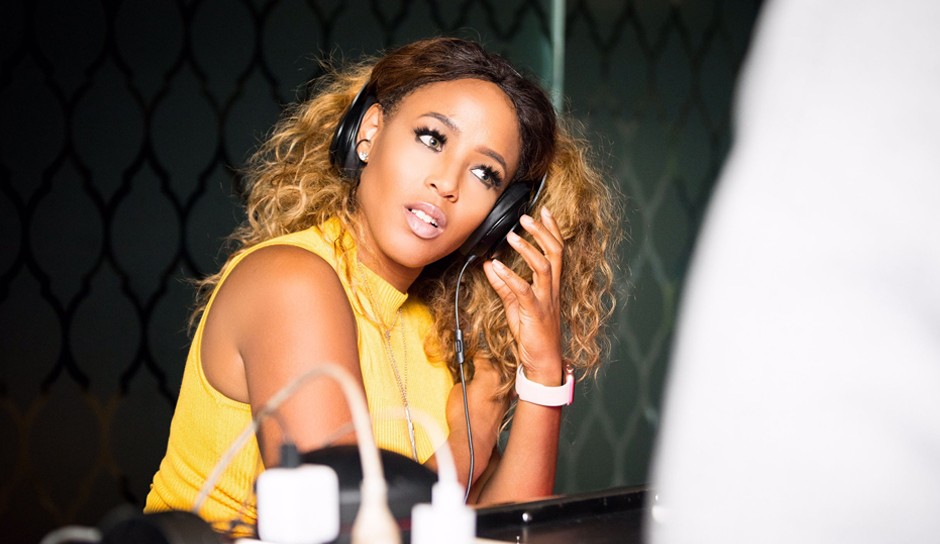 Demi Lobo started her journey in the entertainment industry as a sophomore in College. She has always had more than one passion at a time and while she was the floor manager of the nightly news show WEIU-TV, she also served as a full time radio personality on the WEIU-FM morning show all on the campus of Eastern Illinois University. Once Demi felt like she reached her cap she decided to transfer to Columbia College Chicago to dive deeper in her radio career. She quickly obtained a spot on WCRX which broadcasts live in the heart of Downtown Chicago on the school’s campus. Two months into her transfer she became an intern on 107.5 WGCI (the #1 Radio Station in Chicago for Hip Hop & R&B.) After being a superstar intern 3 semesters, Demi felt like she reached another cap, and made another big move, to Atlanta Georgia.

In the ATL she found herself in yet another superstar intern role that lead her to getting a nights/weekends offer on the legendary V103. Just one week later Demi was also offered a spot on her home station WGCI in Chicago. As a Chicago native it was only right to go to Chicago and start her commercial radio career in her very own hometown, which was one of the best decisions of her life. From an intern to a Radio Personality for 5 years, Demi’s career reached unimaginable heights. In 2015 Demi reached another cap in her career. She was a top personality on a top station, hosting shows and events all over the city, as well as an entrepreneur. Demi decided to leave her cozy blossoming lifestyle and move to LA to completely start over. But not without a new passion that would lead her into who she is today. Demi always had a burning desire to be DJ, and she chased those dreams viciously once she touched town in Los Angeles.

For the last year, Demi has DJ’d at every Hollywood hot spot and nightclub you can think of. Her latest Celebrity events include the Birthday party for Actor/Comedian Lil Rel as well as NBA star Glen “Big Baby” Davis. Her open format DJ style has become a favorite amongst her peers and has led her to obtain multiple residencies around Los Angeles on a weekly basis. Her last gig was a 700 person show at Liaison in Hollywood for 40z and Waffles, which was a celebrity hot spot. She’s DJ’d events with Ashanti, Yo Gotti, T-Pain, Cardi B, Rae Sremmurd and the list goes on.