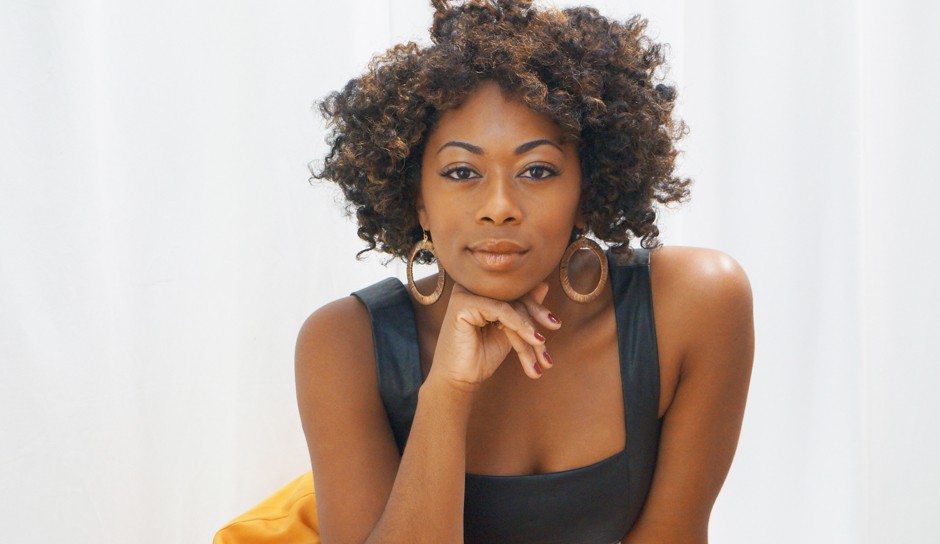 Dom (as her friends so affectionately call her) is a Southern California raised singer, songwriter, actress and pianist. Her father is Kevin Toney, 2x Grammy-nominated Pianist, Recording Artist, and Composer and her mother is Phyllis Toney, renowned Costume Designer and Wardrobe Supervisor to music royalty such as Sir Paul McCartney, Diana Ross, Aerosmith, and Sting.

Dominique started dance lessons at 4, began classical piano studies of Bach and Debussy at home at 6, and by junior high school was excelling in studies at the acclaimed Colburn School of Music in Downtown Los Angeles. Acting in community theater followed and though she was accepted to both UCLA, UC Berkeley, and Emerson College in Boston, Dominique opted to study Musical Theatre at her dream school – New York University.

Upon entering school, she quickly learned she had two nodules on her vocal cords which would need to be treated with surgery from the Bastian Institute of Voice in Illinois. During her senior year, she spent two semesters in songwriting classes with Jonathan Hart Makwaia from whom she learned how to accompany herself at the piano. Her goal in class was simple – to write beautiful songs. It was in these classes that she began to write what would be her first album, ” A Love Like Ours”.

“A Love Like Ours” was released in August 2014. The album graced the Top 10 purchased soul albums on Amazon for the month of September 2014. Her first single, “Loving You’s So Easy” has been played in over 20 radio markets across the country and in the UK. Her music videos can be found on Youtube and most recently, Vevo.

She has also graced stages across the country as a member of The Blackbyrds, singing lead and playing second keyboards including a Tribute Show to famed jazz trumpeter Donald Byrd at Yoshi’s in San Francisco, where she shared the stage with jazz greats Gary Bartz and Nicholas Payton. She has sung and recorded background vocals for Ray Parker Jr., Clint Holmes, Ruth Koleva, and can be heard on the soundtrack of “The Identical”, starring Ray Liotta and Ashley Judd.

When’s she not recording and performing, Dominique is working as an actress. She is a past recipient of NBC’s Diversity Initiative Program, where she was mentored by Primetime Emmy Award-winning casting directors Barbra Stordahl and Angela Terry. Under their mentorship, she auditioned for several TV shows including ABC Family’s dramatic series “Lincoln Heights”, making it all the way to the final Screen Test.

She can be found on various commercials running nationally, including spots for Loews, Kind Bars, the NBA, and Payless Shoes. Her appearances with her sketch comedy group “Political Subversities” have been featured in the NY Times, Huffington Post, Time Out New York, and MSNBC. You can catch Dominique on the season premiere of The CW’s “Crazy Ex Girlfriend”.