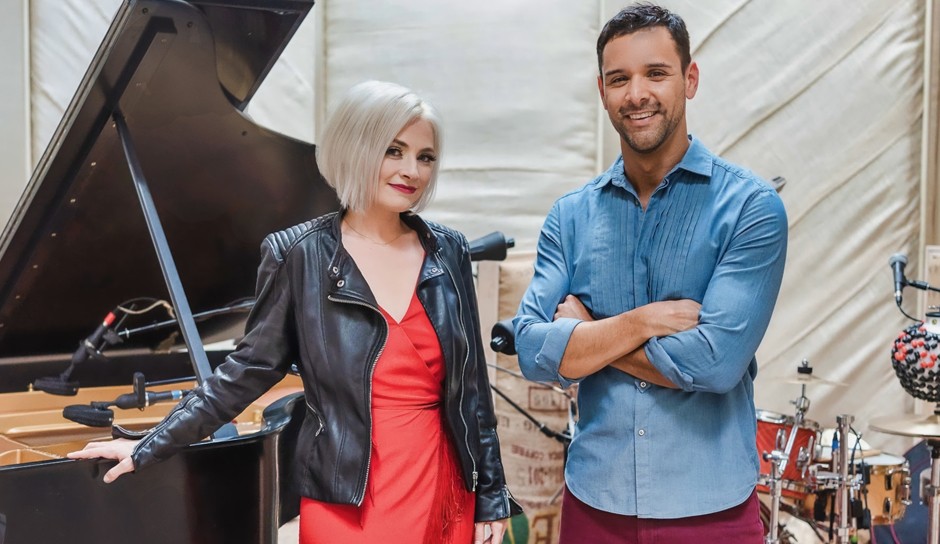 Duable is made up of…
Jacquelyn Schreiber:
Extremely versatile and supremely musical, Jacquelyn Schreiber is a pianist, vocalist and composer that delivers greatness in every genre of music. She has performed and recorded as a pianist, singer and keyboardist with groups of all styles, including: jazz, gospel, rock, pop, classical, and musical theater.  A graduate of Berklee College of Music, Jacquelyn Schreiber has been performing since the age of 5, and has a broad range of musical experience. Although a classically trained pianist, she began performing jazz piano professionally at the age of 15 with the Tommy Morimoto Quintet, (opening for such groups as The Yellowjackets and Stanley Turrentine), and playing on Denver-based Radio Station Jazz 89.3 KUVO. Since then, she has performed as a singer/songwriter, pianist, vocalist, musical director and composer in a variety of settings. Most recently, Jacquelyn has contributed as a pianist and composer to films and TV shows such as “Cherish The Day” on the Oprah Winfrey Network (OWN), “Champions” on NBC, and the short film “Burros.” Additionally, Jacquelyn performed as the keyboardist for over 150 episodes of the #1 Spanish Late-Night Show in the U.S., “Noches Con Platanito” on Estrella TV. In 2017, Jacquelyn released her debut EP, “Beautiful Love,” produced and recorded by Grammy winner Helik Hadar. It features her vocals, piano and organ playing in a pop-meets-jazz style. She is currently recording her newest EP, featuring musicians such as Marvin “Smitty” Smith, Christian Galvez, Rene Camacho and Christian Moraga, which will be released in 2021. Jacquelyn continues to write and perform for additional artists and projects, including Duable, a musical duo with Christian Moraga that features creative arrangements of North and South American music and showcases the versatility of both musicians as multi-instrumentalists.
Christian Moraga:
Born in Chile, Christian His continuous search for knowledge and excellence sent him traveling to various locations like Cuba where he  studied with master percussionist “Changuito”, New York at the Harbor Conservatory of the Performing Arts and Afro-Peruvian and Brazilian percussion in Peru and Brazil.
Based in Los Angeles, he has performed with artists such as Arturo Sandoval, Chaka Kahn, Poncho Sanchez, Harvey Mason, Bob Mintzer, Conrad Herwig, Gordon Goodwin, Oscar D’Leon, Nestor Torres, Tito Nieves, Ismael Miranda, Jimmy Bosh, The latin TV Show “Noches con Platanito” and many others.
He’s working simultaneously as a multi- percussionist in his Latin Jazz Quartet called “Conganas”, with Oscar Hernandez “Alma Libre”, and Frankie Vally and the Four Seasons.
INQUIRE ABOUT THIS>>DUO
Launch Project