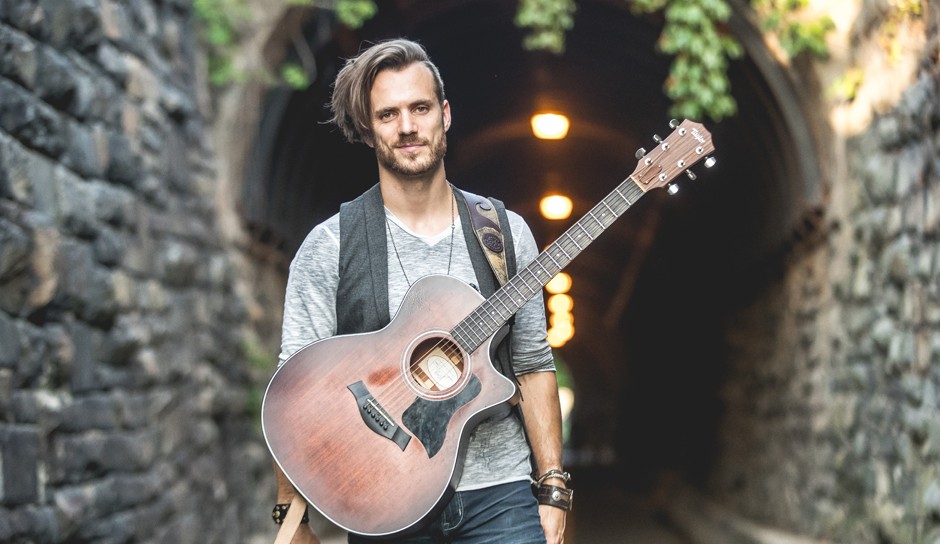 In 1984 Mike Galvin was in a rock band called “The Bleeding Hearts”.  They were gaining steam fast.  Extreme opened for them (yes, the guys that sing “More Than Words”).  Stevie Nicks wanted to buy one of their songs.  Then, Dylan Michael Galvin was born.  His father immediately shelved the rock dream to be a dad.  He didn’t realize that those late nights when he was strumming his guitar in his room and singing songs of being young, of love and adventure, social change and stories, Bob Dylan and Bruce Springsteen, his curly headed, bathrobe-clad three year old was curiously listening from the hallway, wondering what all those stories meant.

During his adolescent years his parents divorced, he struggled with depression, anxiety and bullying.  Remembering those first great memories of his dad playing music, the guitar became a form of therapy, of identity and of self-expression that grew and blossomed every day until he realized that he wanted to carry his dad’s torch and make a career out of the strange wooden instrument.  He has since graduated from Berklee College of Music and has been a full time musician ever since.

Music is not just a means of entertainment for me.  It is a way of communicating.  It is a way of delivering a message.  The world is in desperate need of good story, of meaning of truth and of art and I want to use the skills I’ve honed and the opportunities given to me to deliver these things to people.  I want people to be able to experience the joy of the same stories that intrigued my young mind into the world of music.  Lyrics mean everything and the “live for the moment” type of pop-philosophy that has overtaken a large part of the music world is trying to fool us into not caring about storyline and meaning.  They haven’t fooled me.  I don’t think they’ve fooled you either.  I’d love for you to come along for the adventure…