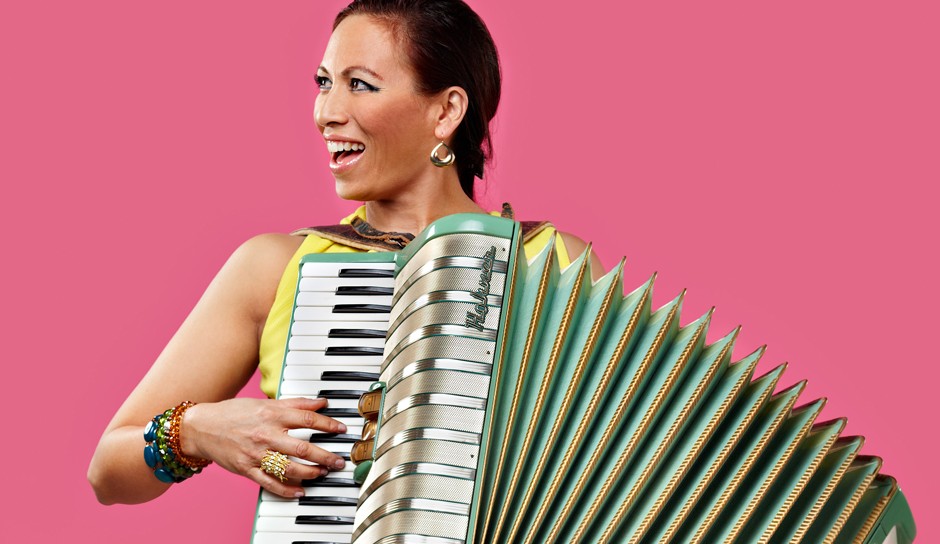 Ms. Gigi “Gee” Rabe, also known as “L.A.’s Accordion Diva,” holds an M.A. degree in Ethnomusicology from the University of California, Los Angeles (UCLA) and a B.M. degree in Performance with an emphasis in Commercial Music from California State University (CSU) Long Beach. She has completed her Ph.D. course work in Ethnomusicology at UCLA. Her main research interests include accordion performance around the world, Americana music, subcultural music, music and religion, popular music and culture, youth and music, smooth jazz, world beat, tango, the international music industry, Balkan music, and Caribbean music, especially ska and steel band music. “Aspects of Regional Difference and Performance Technique in Bulgarian Accordion Music” was published in the journal Musical Performance and she is presently working on a musical analysis of Balkan accordion performance. She has given papers at conferences, including the Society for Ethnomusicology and the British Forum for Ethnomusicology. Academic awards she has received include a UCLA University stipend; UCLA’s Thayer Special Collections Fellowship, and the UCLA Fine Arts Trust Award. She was also the recipient of a grant from UCLA’s Institute of American Cultures and the Center for African American Studies.

As a steel pannist, Ms. Rabe has performed professionally since 1986 and has worked and studied with Trinidad’s famous Len “Boogsie” Sharpe and Robert Greenidge. She has also recorded for television, radio, and film. Most recently her steel drum playing can be heard on the FX mini-series “Fargo,” and can also on soundtracks to the movie “Forever Plaid,” and the cartoon series “Klutter,” along with the famous television sitcom episode of “Friends” in which Phoebe gets married. In this last season of the show, Ms. Rabe was cast in the role of “Marjorie,” Phoebe’s eccentric friend. During the last season of the USA Network series “Monk,” she tutored actor Jason Gray-Stanford on steel drums. Currently she continues to work with the steel band “Island Vibes,” one of the earliest American steel drum bands on the west coast. She has been a featured guest in the video version of music publisher Hal Leonard’s Music Express Magazine for a segment called “Playing in the Band: Reggae with Gee Rabe and Chris Ross.” In addition to playing steel drums, Ms. Rabe has studied Latin percussion with master percussionist Francisco Aguabella.