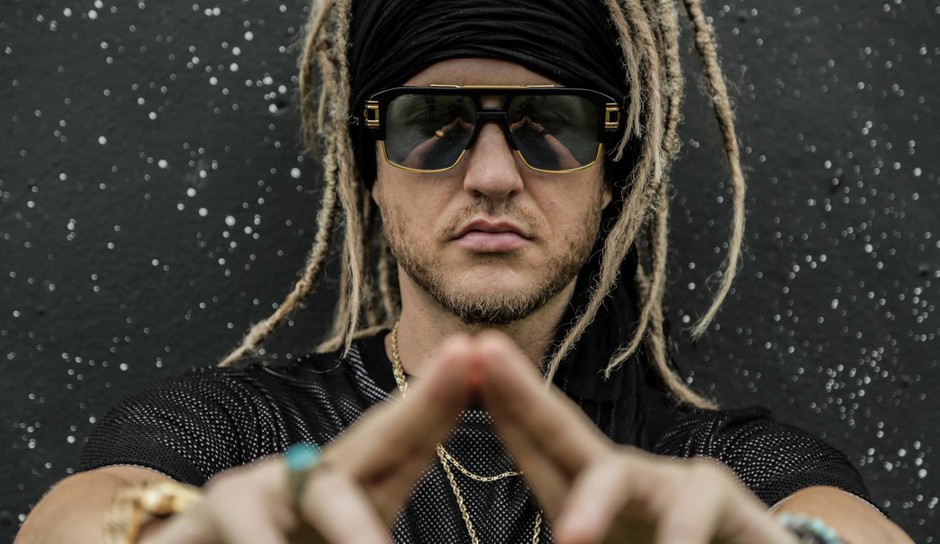 While Iakopo’s background is reggae, his music is not singularly defined by genres or parameters.  Although his music is pop reggae,  his  unique sound is truly groundbreaking.

The global singer/songwriter currently resides  between Jamaica, Tokyo and Miami where is he has taken on the enterprise of writing for his U.S. debut album.

To fully understand iakopo’s  music,  his  backstory provides the roadmap – he was born in California, the son of  a music teacher, who trained him  to  play piano at the tender age of 3.

After a difficult childhood,  iakopo was eventually adopted and raised by a Samoan family on the South Pacific island of Upolu Samoa, where  he  lived  an island lifestyle in a  small  village- iakopo remembers life there  as  being tribal and close to nature. The villagers all survived on fishing and farming and family disputes were solved by the “Fa’amatai” system, comprising of benevolent and wise village chiefs.

There were no refrigerators, beds, TVs, or modern amenities.  He did  not  have the noise of pop culture buzzing in his ear and  distracting him,  which  allowed him to connect with, to see, to feel,  to understand, and to process the world in an organic, filter-free way.

“Probably because  of growing up without a TV,  I was able to let my mind wander to  different places instead of caring about the next great show or the latest  video games,” he fondly remembers. “I think I benefited  from my  surroundings and the love that I received from the  people.  And I didn’t face typical Western world pressures - to hurry up and do or be  this; I wasn’t on the clock. I was very free  to explore  and my mind was free  to imagine and create.”

He continued, “On one side, I was more  into nature  as I  didn’t have typical American influences- but on the other, I struggled with not having a  Mom or a  Dad or someone who was there continuously  who  loved  me. That  affects  you.”

iakopo worked hard to buy his first guitar at the age of 13 and would play for the people in the village, who would gather around and listen to his hauntingly melodic voice. “I lived and breathed to the rhythm of my music-  it became my life, my  heartbeat, my joy, my world.”

He attended high school where he sang and played in a band, on weekends – he adored the excitement of performing live at a local nightclub and was exhilarated by the effect that his music was having on the audience and the positive feedback.

He eventually graduated and left Samoa for Hawaii, without a dollar in his pocket. He just boarded the plane and bolted. “I had to go find my way,” iakopo admitted. And find his way he did!

His musical career took off as he shuttled around the world. “I moved to Hawaii, then to America, and frequently traveled  back and forth,  writing my own music and  recording,” he explained. “I sang in a reggae band and toured around. I had No. 1 hits in Hawaii. I got an offer from Universal Music Japan in 2009 and they brought me to Japan. I had a five-year contract in Asia. I was writing, recording, performing and releasing albums in Japan and beyond”

iakopo’s music during this period was marketed solely for Japan, where he was a bonafide star. His songs were island-oriented pop reggae geared for a specific fanbase. As much as he treasures his Japanese fans, he knew that, going forward, he wanted to make his songs more universal so that could reach a wider cross-section of people.

He moved to Jamaica in February 2015 when his contract with Universal Music Japan expired, where he composed and recorded his last single, “Supernatural” -a pure reggae homecoming. The song was produced by Gramps Morgan, of the legendary Jamaican Morgan Heritage Family, and has the streets shaking from Kingston to New  York City-

Once he was back stateside, he  was able to seek a new deal in America. “We are getting ready for my introduction to the world on a major scale,” the artist said, his voice fired up by enthusiasm for what will be his breakthrough.

“Touchdown” is the song that will serve as his introduction to the mainstream market. Produced by Rvssian (much respected producer of Nicky Jam, Sean Paul, Vybz Kartel, and Dizzee Rascal) and featuring international superstar Shaggy, “Touchdown” is a record  with  irrefutable  charisma and charm, coupled with an unforgettable melody that  will truly kick open the door for his U.S. debut.  Rvssian  knows a thing or two about a hit record as he’s responsible for the current #1 song, Farruko’s “Sunset,” featuring Shaggy and Nicky Jam and three other records all in the Top 20 at iTunes.

While iakopo  enjoyed respectable American airplay and Billboard chart action with his Japanese singles “Break Free,” “Love Like This,” “When I See You Smile,” and “I Believe,” -the latter of which was a top downloaded song on Hawaiian iTunes-, his newest material is truly combustible.

iakopo’s entire life has been about preparing for  this moment.  His experiences are all reflected in the pen of a master songwriter. His music is being brought to life by the industry’s brightest hit-makers.

“iakopo’s music is a Touchdown!”