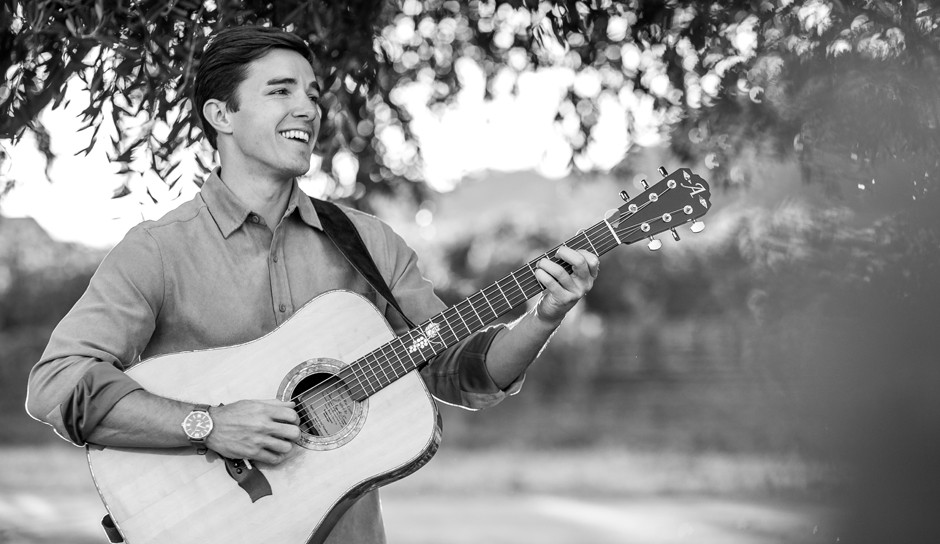 Justin Diaz has a young face, an old soul and extensive experience in musical entertainment. He was raised in the Napa Valley, the son of Dutch and Mexican immigrants, where the soundtrack at home ranged from Led Zeppelin to Frank Sinatra, the BeeGees to Billie Holiday, and Pat Metheny to Al Green.

From his earliest years, Justin sang along, and it quickly became evident that he had a big voice and a keen musical ear. His musical reach expanded to the trumpet, drums, piano, ukulele and guitar, and by his teens he was writing and composing his own music. His smooth vocals made him a local favorite.

At 18, Justin pursued education abroad and moved to Japan and the UK to study. Upon graduation, he traveled extensively, and by age 28, Justin had visited 65+ countries and all 50 states in his own way: slowly and curiously, staying in the homes of strangers that were destined to become good friends, savoring sunsets, and sharing truthful conversations over good wine.

In 2014, Justin returned to the Napa Valley to share his talents and stories. He currently performs on a variety of stages – from corporate and VIP events, to lounges, wineries, weddings and dementia wards – where he plays music for the elderly at local nursing homes. Justin also continues to travel widely as he pursues simplicity and substance through the medium of music.”