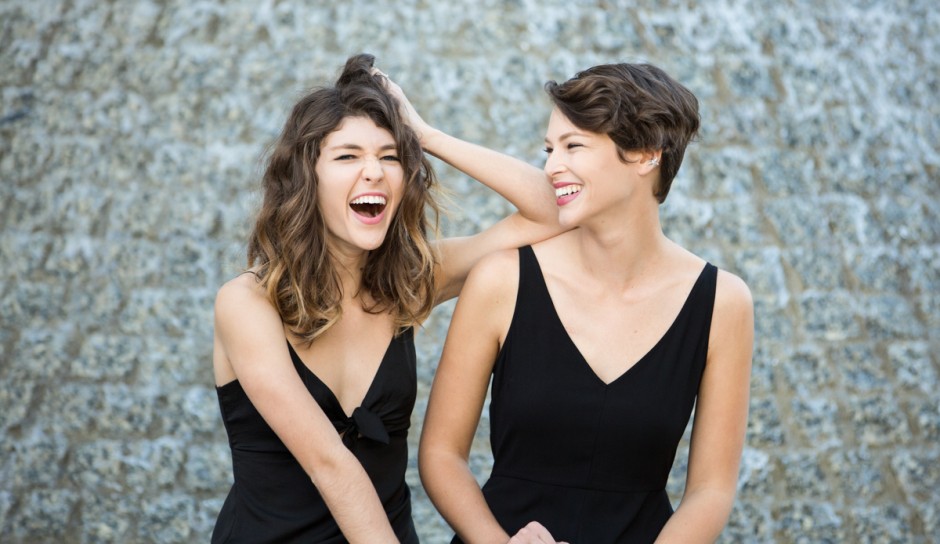 Kalina and Kiana dove deep into songwriting and had songs placed in various projects. A year after the breakup, the sisters spent time in Europe, working on another musical television project where they were offered the lead roles. The travel was inspiring, but the development process was extremely slow. While under contract, the girls started a pet project under the alias of “Rocky’s Revival”, (voted Best Indie Band in Orange County).

As Rocky’s Revival gained momentum, the sisters were faced their greatest challenge to date – Kalina spent most of 2014 in and out of chemotherapy for Hodgkin’s Lymphoma. (She is now in complete remission!) Many songs were written during the cancer treatments and they coined the phrase “gigs with wigs,” as Rocky’s Revival opened for groups like The Bangles and Justin Bieber during this challenging season.

What didn’t break them, made them stronger. The girls continue to write for other people and projects, including: Zag Animation’s “The Miraculous Tales of Ladybug and Cat Noir.”

The European project finally began production in 2016. Kalina & Kiana passed on the lead roles, but have made guest appearances and continue to write songs for “Maggie & Bianca: Fashion Friends”, which can currently be seen on Netflix.

No longer contractually bound, the girls were able to step out of Rocky’s Revival, as Kalina & Kiana. The focus is pop…“Poetic Pop.”

Their high energy lives shows feature musical hooks with lyrics that you’ll be singing by the second chorus. The girls wear their influences on their sleeves, including everything from The Beatles to Broods. Kalina and Kiana are music to the ears and easy on the eyes.
Book this>>ARTIST