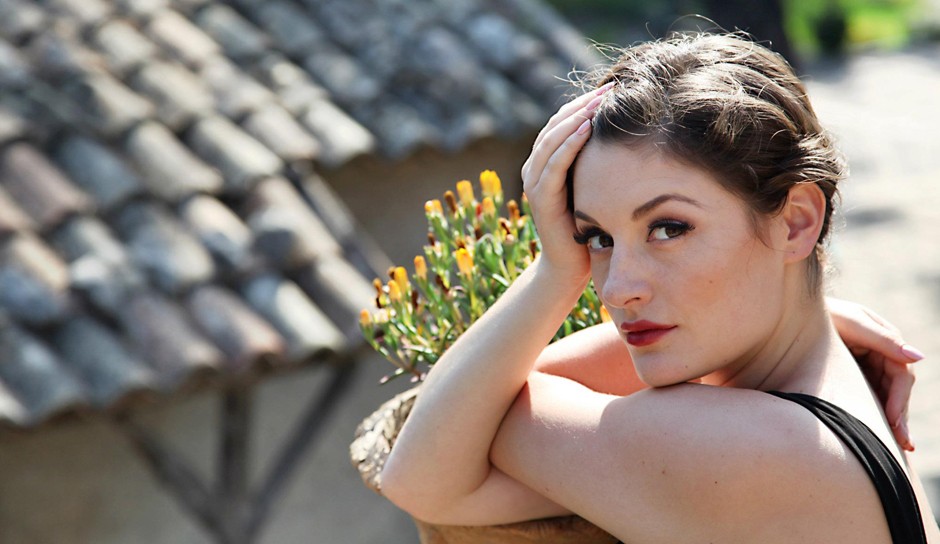 Kathleen Burgoon has a distinct and unique sound that combines R&B, blues, soul, rock, jazz and country. Her talent for songwriting, blended with her vocal ability provides a listening experience that transports you to places in your heart that inspire deep and personal emotions. Kathleen opens her diaries to the listener, all of the sake of human connection and expression. The neighborhood kid who produced musical numbers for all to enjoy, Kathleen began her intensive training at the age of twelve at the San Diego School of Creative and Performing Arts. She also found her love for songwriting and became a Recording Artist soon after. Upon graduating, she continued her training in musical theater at the American Musical & Dramatic Academy in Los Angeles (AMDA), all the while performing with bands, as a professional session singer, model, and improv actress. Kathleen has been professionally singing, dancing, acting and modeling since graduating from AMDA.

Delivering her poetic musings in a jazz diva form with “Motown” soul, Kathleen broke into the music world with her first album, “Far From Yesterday” which released on September 12, 2011. The 10th song on the album, Ready to Love Again was featured on soulandjazz.com, and her performances were promoted by LA’s station, 94.7 The Wave.

Kathleen was an original cast member of Choozi Entertainment’s production shows, for which she sang and danced on the prestigious Six Star Luxury Cruise Line, Silversea, based out of Monte Carlo, Monaco. She wowed audiences from around the world with her intimate self produced and directed show, Deep Blue Sea, which featured many of her original songs along with torch, soul, and jazz classics. She even had the honor of performing an intimate showing of Deep Blue Sea for the Queen of Spain. She was contracted to sing deep in the caves of Norway, and in the ancient Roman amphitheaters of Italy Turkey, and Greece. She travels around the World performing a wide range of genres from Opera to Rock. She has seen over 105 countries while touring these shows.

Since her return to the United States, Kathleen has performed at numerous venues in Southern California, including many venues on the Sunset Strip in West Hollywood, CA. She was pulled out of the crowd to sing with Jeff Goldbloom and The Mildred Snitzer Orchestra. Kathleen was recently interviewed on KX93.5, and performed two live acoustic numbers on the air. Kathleen’s second album Walking Alone is currently gaining popularity on Australian radio stations. It was first round nominated in six categories of the 2017 Grammys including Best New Artist, Song of the Year, and Album of the Year.