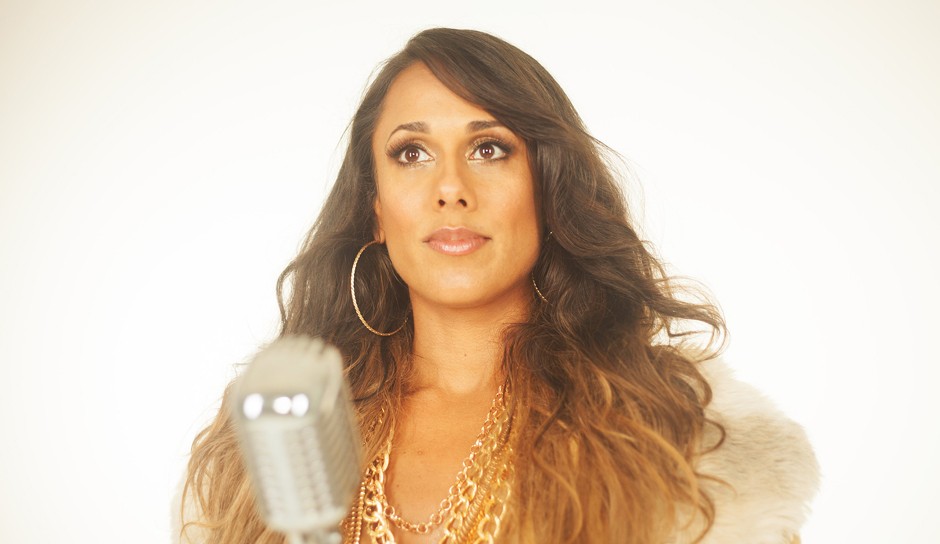 Her self-produced single, Choose You can be heard on the hit TV show 90210. Other writing credits include, “Lil’ Tupac” from the movie, My Baby’s Daddy, and The Good the Bad and the Ugly by Aceyalone. Most recently, in her first voiceover debut, you can hear her playing the crying mother from Boyz in the Hood for the The Game’s song, Ricky off the R.E.D Album.

As a singer and performer, KARUNA has performed with Kanye West, and opened for such acts as Ben Harper, Maceo Parker and De La Soul . She has toured nationally and internationally, traveling through the US and Canada, as well as Asia and the Middle East. She also fronts the show band, Corset Crush, a theatrical, fully choreographed, tribute band that just returned from a 5-week residency at the world renowned MGM. Currently, you can catch her singing four nights a week at the world renowned Mastro’s in Palm Desert.

In Los Angeles, she has performed at such renowned venues as: The House of Blues, The Key Club, The Roxy, and The Viper Room – to name a few. Additionally, she has performed the National Anthem both for a Clippers basketball game and the Maddbacker’s Celebrity Basketball Game.