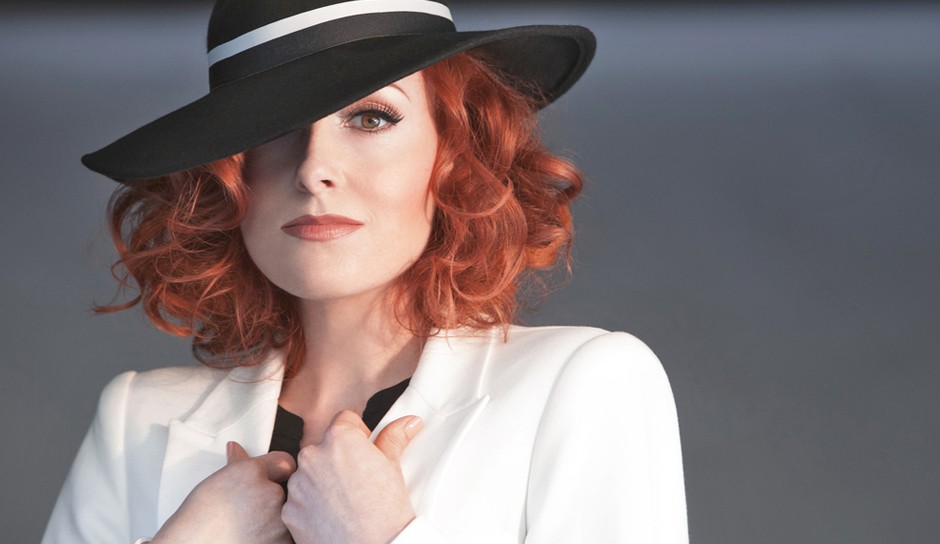 Laura Dickinson’s debut album, One for My Baby – To Frank Sinatra With Love, showcases the powerhouse vocals that have won her countless accolades on Emmy-award winning TV shows along with her talents as an arranger and multi-instrumentalist.  In her mind, Laura heard Sinatra’s classics in a fresh new way. It’s those inspired arrangements played by a full big band and a lush string section that make One for My Baby a romantic romp of sonic bliss.  A native of Southern California, Laura simultaneously infuses a unique freedom and laser-beam vocal precision into every song she performs. An in-demand singer in Hollywood, her soaring vocals can be heard in Universal’s box office smash Pitch Perfect and the sequel, on commercials for Maybelline, Target, and Priceline along with hit shows such as Modern Family and Supernatural. However, it’s her award-winning work on Disney Channel’s animated hits Phineas and Ferb and Sofia The First that bring her the most attention. With a wink, Laura will introduce herself as “I’m your nine year-old daughter’s favorite singer.”

Between her busy session singing career, live performances, and her responsibilities as a vocal director and vocal contractor for Disney TV Animation, Laura is the epitome of a full-time musician. She recently toured with UK space rockers Spiritualized, performed on the MTV Video Music Awards with indie superstar Florence + The Machine, and opened for legendary artists Tony Bennett and Lyle Lovett.