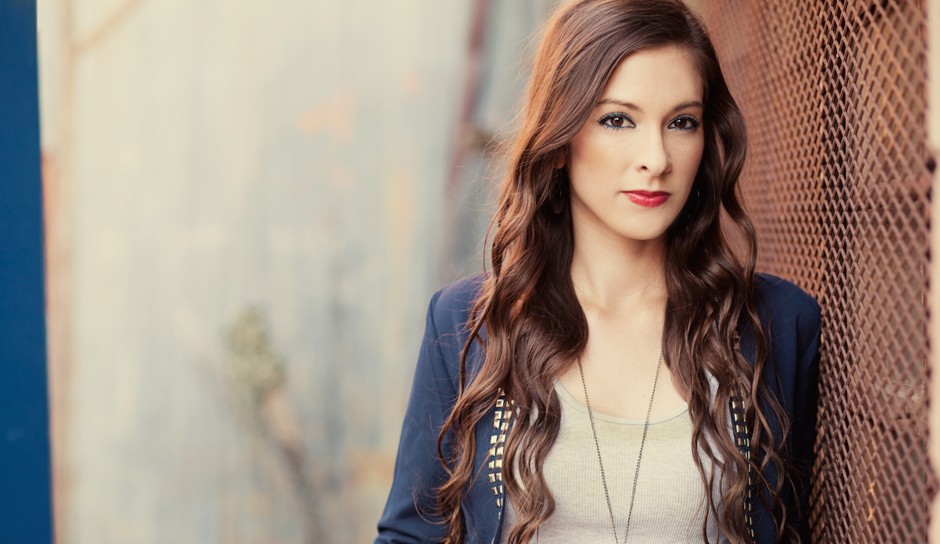 Maggie’s gift for confessional songwriting that’s broad appealing has enabled her music to garner plum synch placements. Her songs have appeared in the film Cowgirls N’ Angels, and in such television shows as Dr. Phil, Cougar Town, The Real World, Worst Prom Ever, The Hills, The City, The Vineyard, and The Young And The Restless. As a performer, she’s done a staggering 1000+ shows across the United States. Some live highlights have been her holiday halftime performance featuring new original “Happiest of Holidays” and National Anthem performance (along with Shane Henry) at Madison Square Garden for the NY Knicks December 21, 2015, Main Stage Showcases at NACA Nationals, at the Hotel Cafe’ in Hollywood, and Rockwood Music Hall (Stage 2) in NYC; on separate occasions opening for Sara Bareilles and Tony Lucca; singing the National Anthem at the first NBA playoff game in Oklahoma history with more than 18,000 people in attendance, as well as playing the half-time show at the Oklahoma City Thunder / Portland Trailblazers game Christmas Eve 2014 along with Shane Henry featuring their original Christmas duet, “First Thing On My Christmas List”.Additionally, Maggie was a featured background extra on Matthew Morrison’s (Mr. Schu in Glee) music video for “It Don’t Mean A Thing,”, a member of Demi Lovato’s (and Jordin Sparks/Jason Derulo’s) band for the 2013 Disney Parks Christmas Day Parade, and she sang the role of Violetta on the English version of Disney Channel Latin America’s Violetta (Season 1) that is currently airing across the globe.