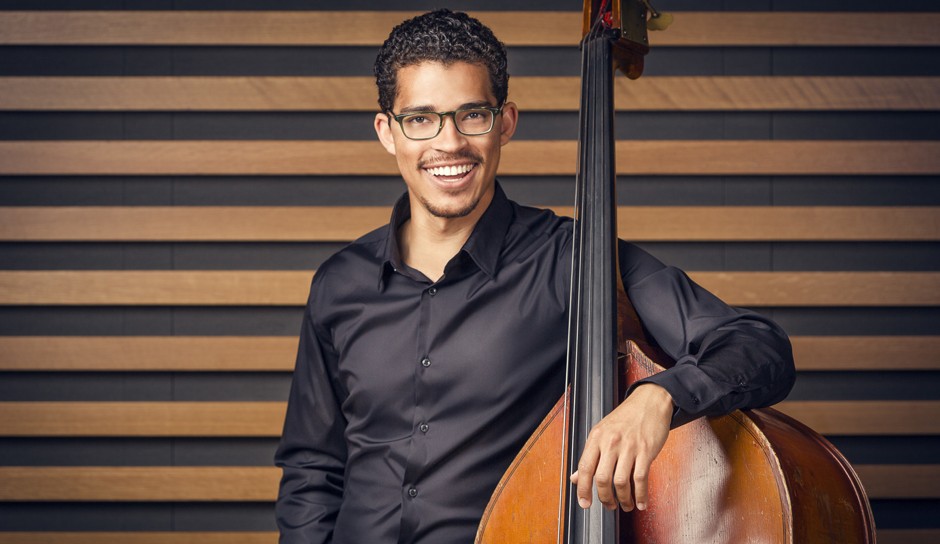 From touring with Stewart Copeland to Quatuor Ebène, Marlon Martinez is a versatile double bassist. Growing up in Southern California, he received his bachelor’s and master’s degrees at the Colburn Conservatory of Music in Los Angeles, as a student of Peter Lloyd from 2009-2015. An avid orchestral musician, Marlon has performed for conductors such as Nicholas McGegan, Gerard Schwarz, Bramwell Tovey, Richard Kaufman, James Conlon, Giancarlo Guerrero, Sir Neville Marriner and Gustavo Dudamel. Marlon served as Principal Bass for the American Youth Symphony conducted by Alexander Treger, Assistant Principal Bass for the Young Artist Symphony Orchestra, and Associate Principal Bass of YMF Debut Orchestra. He is currently a substitute bassist for the San Diego Symphony. Dedicated to music education and outreach, Marlon serves as an Orchestra Coach at Aliso Niguel High School’s String Orchestra Program directed by Albert Jeung. He has studied with Douglas Basye, Assistant Principal Bass of the Pacific Symphony, Dennis Trembly, Co-Principal Bass of the Los Angeles Philharmonic, and Leigh Mesh, Associate Principal Bass of the Metropolitan Opera Orchestra in New York.

In 2010, Marlon was selected to participate in the highly acclaimed Verbier Festival Orchestra in Switzerland. During his membership from 2010-2011 he performed under the baton of Charles Dutoit, Valery Gergiev, Neeme Järvi, Rafael Frühbeck de Burgos and Yuri Temirkanov among others, and soloists such as Mischa Maisky, Leonidas Kavakos, Yuri Bashmet, Lisa Batiashvilli, Yuja Wang, and Deborah Voigt.

Marlon is a student of renowned bassist and composer Stanley Clarke, with whom he began studying at the age of 15 in 2006. He leads his live LA ensembles the Jazz Marlonius Quartet, the Marlonius Jazz Orchestra (MJO), and performs his original compositions. Marlon played for American pop composer Burt Bacharach on the San Diego Embarcadero stage at the San Diego Symphony Summer Pops in 2008. He performs in jazz trios and orchestras with pianist and composer Mike Garson, and was featured at the world premiere of the “Symphonic Suite for Healing” at the Renée and Henry Segerstrom Concert Hall in 2013. Marlon collaborates with major classical and jazz artists such as Quatuor Ebène, Jim Walker, Josie James, and is currently the bassist for Stewart Copeland and Jon Kimura Parker’s epic collaboration Off the Score. Notable appearances include the 2016 Gstaad Menuhin Festival and Academy with Quatuor Ebène and Stacey Kent, the 2015 21C Music Festival with “Off The Score,” and the 2016 premiere of his composition “Jazz Impressions for String Orchestra, No. 1” with the Forces Majeures at the Festival du Haut Limousin.

Available as a Solo, Duo, Trio, Quartet or Big Band.