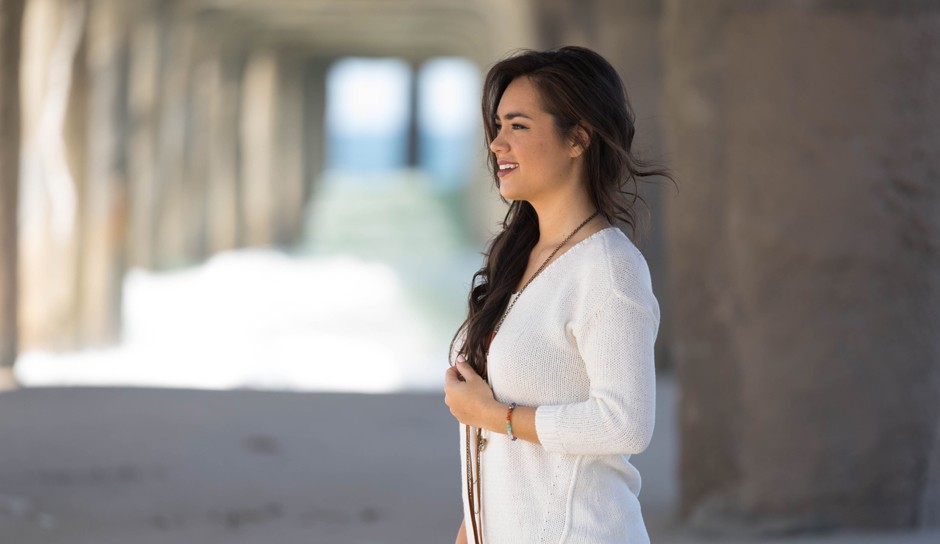 Based in the greater Los Angeles area, singer/songwriter Melissa Bret continues to captivate audiences.  She released her  second album, “Easy Way Out,” in late 2015, and has been out performing  live shows every week.

Bret  grew up in  Florida before spending a  few years in  Atlanta, GA, then relocating  Southern California in 2014.  She is classically trained on the piano and is a self–taught guitarist. Melissa  also plays ukelele, although  she most often accompanies herself with guitar.

Melissa’s  sultry, soulful voice has warm bluesy tones that draw the listener in.  She is  known for her   unique  acoustic arrangements of popular cover songs at her live shows.   As a songwriter, having such a variety of musical influences has made it a challenge for Melissa to identify with any single genre. S he considers her  original music to fall somewhere between  Singer/Songwriter and Folk/Pop, peppered with  a little bit of Country.

By the age of 21, Melissa  was already performing on the Las Vegas ‘strip,’ and over the years has been on stages ranging from Orlando to Atlanta to Oklahoma City, plus Nashville and even exotic locales such as Hawaii and Thailand. She has also participated in  multiple exclusive invitation-only  songwriters festivals in the SouthEast.  In addition to the House of Blues (inside Mandalay Bay in Las Vegas), she has performed on notable stages including, but not limited to, The Mint (Los Angeles) and Eddie’s Attic (Atlanta).

Along the way, Melissa’s songwriting and performing has continued to evolve,  and it has gotten the attention of audiences far and near.  Her music has had airplay not only in cities around the U.S., but internationally, which mirrors the sales she has gotten from the States as well as countries in Europe and even Japan.  She has dedicated fans from all five regions of the world (Africa, the Americas, Asia, Europe, and Oceania).

The media have taken notice too, as Melissa has taken a strong foothold on major music platforms from iTunes to Google Play, Spotify, CD Baby, MTV.com, and other online streaming platforms and retailers.