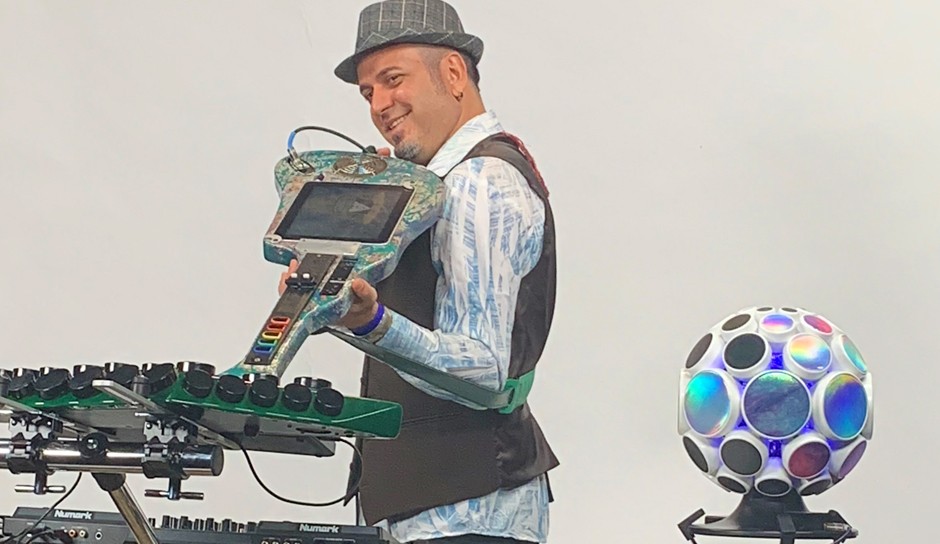 Mika Mutti is a Musician / Dj / Producer from Brazil who has played at the most important music festivals in 24 different countries around the world in 30 years of an active career.  He has played and recorded with significant artists around the world : Sergio Mendes, Scorpions, Jaimie Foxx, Carlos Santana, Will.I.Am, John Legend and Common among others.

Mika produced the soundtrack for the closing ceremony of the 2016 Olympics in Rio, where also performed as a headline artist / DJ.   In 2011 Mikael co-wrote and co-produced songs for the animated film “Rio”. Of these, a song co-written with Sergio Mendes and Carlinhos Brown was Oscar nominated in 2012 for Best Original Song.

Based in Los Angeles since 2017, he takes the electronic music experience to another level, using on the stage the most innovative electronic instruments.  His skills  of recording and manipulating audio on the spot make his concert a new interactive journey, where the audience become part of the songs through live recordings made on the stage.  Chillout music, soft house, Brazilian percussion grooves and electro bossa nova make the environment of your place or event even more pleasant and special.