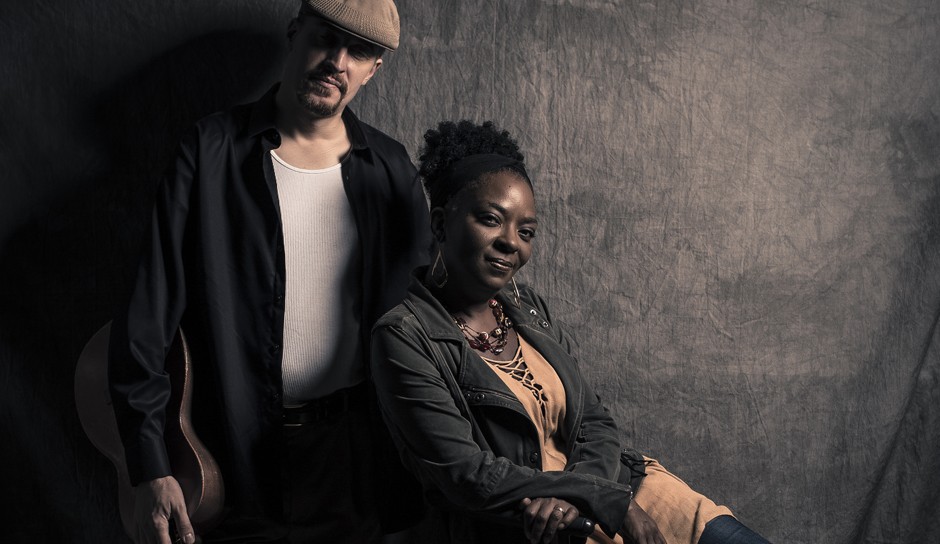 Born in Detroit and living in San Diego by way of Queens, New York, Missy Andersen follows her self-titled debut with a timeless follow-up of blues going straight to the spirit and body. With her band leader/guitarist/husband Heine Andersen, she has again created a personal soundtrack for good times and the pain and joys of love.

In the Moment has 11 varied tracks including 8 originals, five of which are penned by the Andersens. Recorded with heavy hitters Bill Stuve (bass), Marty Dodson (drums), Sue Palmer (piano), Ben Moore (organ), and guest appearances by Nathan James and James Harman, the CD takes the listener down a lush musical path. Beginning with the Louis Jordan-esque “Rent Party” and ending with a gospel-tinged remake of Snooks Eaglin’s “I’ve Been Walkin’,” the disc has something for everyone. From Chicago blues to New Orleans second-line beats, slow blues and soul ballads, Memphis soul to funky Meters-like rhythms. It’s all in there and it’s easy to understand where those wide-ranging influences come from.

As a child, Missy was exposed to her parent’s extensive music collection that included soul, R&B, blues, jazz, and gospel. It didn’t matter what the genre was as her favorite songs were always the ones that told a story. Later she would discover Dinah Washington, Sarah Vaughn, and Billie Holiday and that eventually lead her to O.V. Wright, Bobby Bland, Little Milton, James Carr, Ray Charles, Ann Peebles, and Irma Thomas.