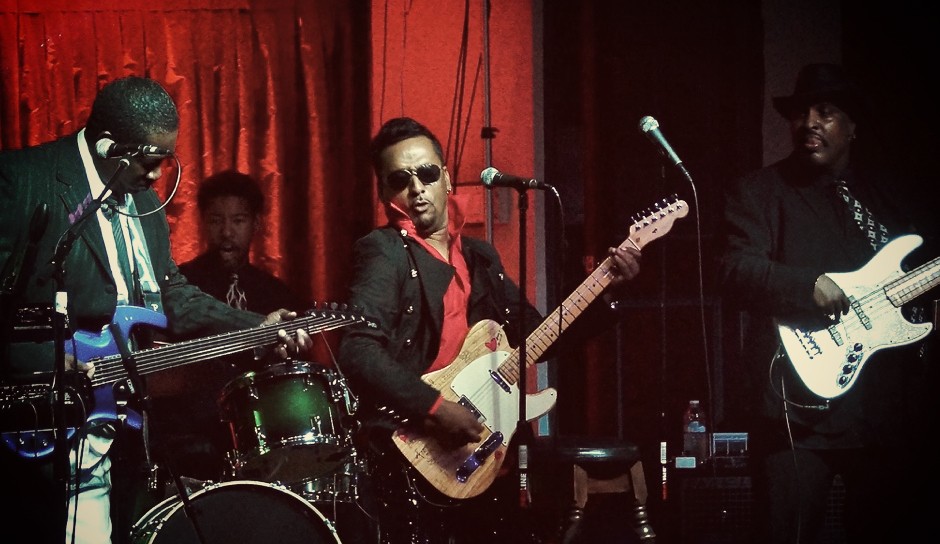 Rick Marcel was born in Rochester New York.  He was given the gift to play at a very young age, at the age of fourteen he and his band “Radiance” played many adult venues… they were the youngest teenage act on the scene.  He began his career as a session musician, playing on most of the Dirty South Hip Hop scene for such artist as Lil Wayne, Hot Boyz UGK, Slim Thug, and Solange Knowles.

Going back to the R&B and Jazz scene;  Rick was hired by Roman Johnson (band leader) of international known artists, the Isley Brothers who saw him on a You Tube video singing “Who’s That Lady. He later toured with the Isley Brothers Group. Opportunity came again to play for Charlie Wilson and he joined Los Angeles Recording Group DW3.  As a masterful guitarist his talent has placed him in high demand. He is currently  touring with  international artist  Stephanie Mills as lead guitarist and male vocal partner and currently working with  Kenny Lattimore.  He has played a variety of sessions for Deneice Williams and will be performing with her for the 2016 Soul Train Cruise.  Rick  continues to perform at landmark venues such as “Spaghettinni” (where many great artist have performed,) the  Dave Koz Cruise, the Smooth Jazz Cruise, and the Soul Train Cruise.