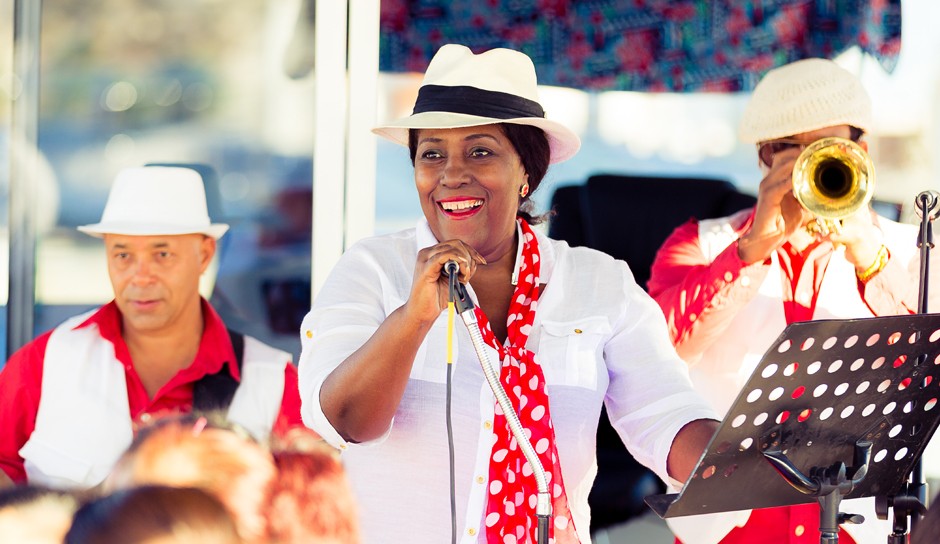 Rosalía de Cuba is a singer with a powerful voice and great charisma that showcases all Caribbean, Cuban ,jazz, latin and international rhythms, she knows convey the feeling, passion and joy to every songs she sings. The energetic presence of Rosalía on stage infects the public in an irresistible way… Rosalía is a natural and joyful singer that shines on stage!

Born in Cienfuegos, Cuba, Rosalía studied piano, voice and history of music. She has presented her music on important stages of Europe and North America, In Austria, she was featured in the Wiesen  Jazz  Festival of Vienna, as well as in Salzburg and Velden. In Spain, she performed to critical acclaim in Tenerife. In the United States, she performed at the New Orleans Jazz Festival, the Houston Jazz Festival, the Houston Salsa Congress, the Brownsville Latin Jazz Festival and the AMA Convention in Houston, among others. In Mexico Rosalía has generated appreciation for her Afro-Cuban Jazz music with innumerable presentations in festivals,like “Fiestas del Pitic”,where she sangs for 8ooo peoples, cultural events, clubs, theaters, hotels, conventions and a multitude of television programs in that country. During her recent stay in Switzerland (Zurich) and Austria (Salzburg) in 2013 she performed in charities events, restaurants and others.

At these moments she is recording a CD with Arturo Sandoval, Arturo is a ten time Grammy Award winner, Emmy Award recipient, and six time Billboard Award Winner. Arturo also is the 2013 recipient of the Presidential Medal of Freedom…

They have been performing together at the Hot Havana Night Gala in Glendale L.A 25 July for A.S.I. (Arturo Sandoval Institute org.) and also they appeared in The Broad Stage Santa Monica accompanied by Arturo Sandoval Big band of the 31st of July.

This  is all about a meeting between world music and Cuban rhythms, with a subtly chosen repertoire, dynamic and elegant that can range from the classics of all time (swing, jazz standards, bossa, pop, soul, latin jazz, ballads) to the more authentic and rich Cuban son.

The repertoire consists of own versions of Cuban rhythm, of well-known songs that have made history in the world of music. Sung in English, French, Italian, and Portuguese and of course in Spanish.