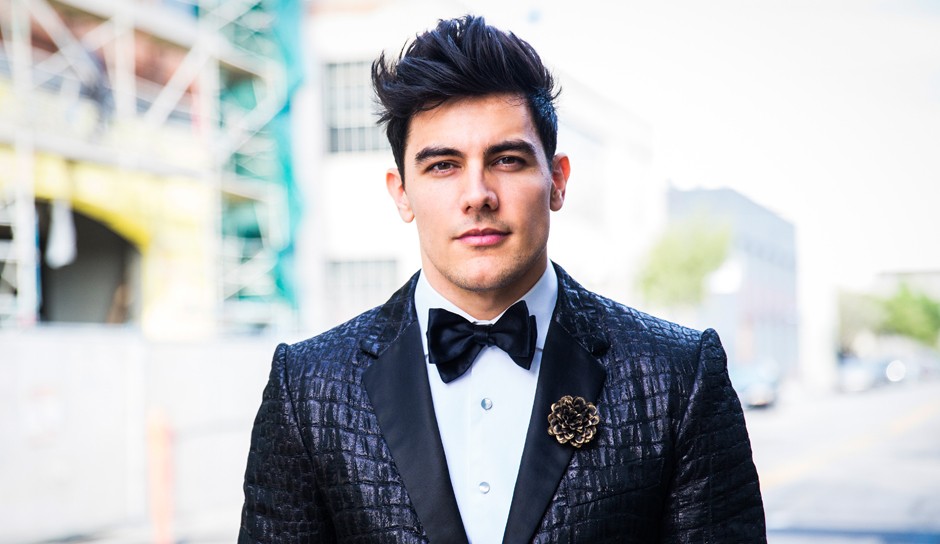 Summer of 2009, and the unemployed draftsman, curious to explore the boundaries of his voice, began to sing. Surprisingly, it came naturally. Recording a handful of standards to orchestral tracks, Sergio shared his new-found talent with family and friends, who encouraged him to post his recordings on YouTube. He did so and quickly developed a following. The continuous stream of positive comments from his on-line viewers launched Sergio into a concentrated effort. He began recording hours of music videos, sometimes working non-stop for two or three days at a time. He was writer, director, producer, cameraman and performer. His work ethic soon garnered him over half a million views on his YouTube channel. Despite the joy that this infant avocation brought him, the idea of singing professionally seemed out of reach. While in Los Angeles for a job interview, Sergio would be introduced to an award-winning record producer who had worked with some of the best known vocalists in music. The meeting would become a pivotal moment, radically changing the direction of Sergio’s life. At a personal low point when a life of singing seemed implausible, the nod of approval and even encouragement from a man at the top of the profession gave Sergio the self-knowledge and validation he needed to turn his passion into a career. Within months, Sergio abandoned his pursuit of finding work in engineering; He relocated to Los Angeles in September of 2011. Almost immediately he connected with the dean of the highly acclaimed music department at Citrus College. Impressed with his talent, the school offered Sergio an opportunity to work as an artist in residence, performing with the institution’s touring big band. It would be the same month Sergio arrived in Los Angeles that he would find himself on stage at the Universal Hilton Hotel with the Blue Note Swing Orchestra in his first public performance. He went on to perform in other venues that included the Beverly Hills Hotel, the Cicada Club and Jonathan Club in Los Angeles; the Hyatt Regency and Moana Surfrider in Hawaii; and the Kravis Center, Van Wezel Performing Arts Hall, Peabody Auditorium and Ruth Eckard Hall in Florida. Most recently, he performed before a full house at the Irvine Meadows Amphitheater in a joint performance with the Pacific Symphony.​ As he looks ahead, Sergio is concentrated on building a career as a concert performer and recording artist. The musical icons who continue to inspire him include Ray Charles, Amy Winehouse, Tony Bennett, Joe Williams and Harry Connick Jr. Sergio would be the first to say he is humbled and grateful to the many people who, in the past few years, have offered their support and helped nurture his talent in what has been a dizzying journey to fulfill a new-found dream.