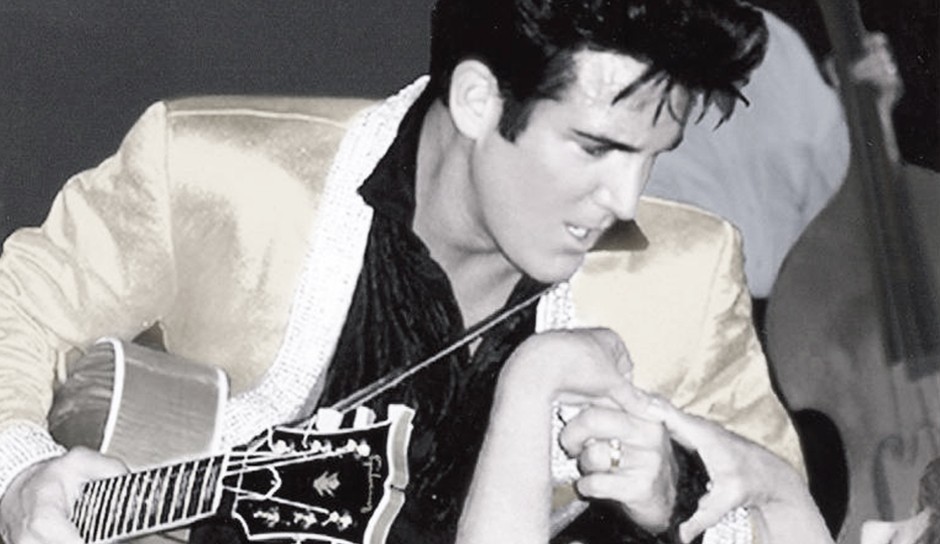 Originally from the Pacific Northwest, where he was a radio personality and a drummer, Scot Bruce has lived in Los Angeles since 1990. While pursuing music and acting as a career (and having been a musician and big Elvis fan all of his life), he started doing a 1950’s era Elvis show as a way to survive the lean times. The result was a surprise to Scot…what was meant as a part-time “gig” to supplement his income, blossomed into a full time career! Because of his uncanny resemblance to the young “King” (and his ability to sing, strum a guitar, and swivel his hips), his live show has taken him across the U.S. and all over the world. As Elvis, he has appeared in music videos with Faith Hill and Sheryl Crow, and has been heard as the “Resident Elvis” with his pals “Mark and Brian” on their highly rated Los Angeles morning radio show. Scot has also appeared in recurring roles on the hit soap operas Days of Our Lives and The Bold and the Beautiful, a Pizza Hut commercial, the California Lottery “Elvis” ad campaign, and in several successful productions of Idols of the King, including the historic Ryman Auditorium in Nashville, the Barter Theatre in Virginia and the Alabama Shakespeare Festival in Montgomery. Recently, he had the honor of performing with the legendaryJordanaires (Elvis’ original backup singers). If you saw the True Hollywood Story: Elvis in Hollywood on E! Entertainment Network, that was Scot playing Elvis in the recreation scenes. He performs at Disneyland on a regular basis, and tours with the ‘Legends of Rock & Roll – Buddy, Roy & Elvis.’