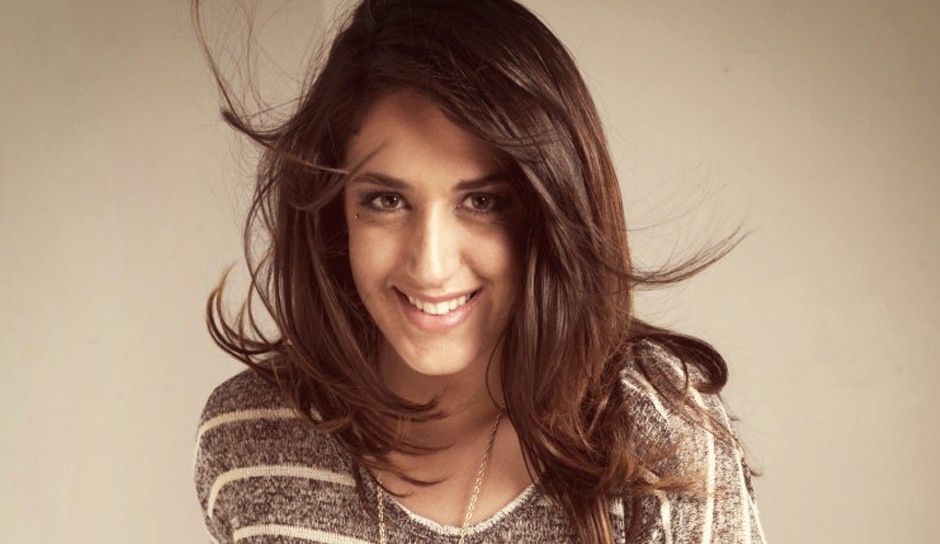 “Like biting into a velvety, chocolaty Hershey’s bar – its smooth and impossible to put down.”-Karlina Covington (Vaud and the Villains). Sophia Alone defines the sound of Soul Pop. She’s got vocals that are undeniably soul-filled and jazzy, but with an overall pop feeling that inspires a room full of moving bodies.  The quality of Sophia Alone’s music is a clear result of her many influences – Adele, Jill Scott, Christina Aguilera, Alicia Keys, Sara Barielles, among others. When asked why Sophia Alone went into music she replied “Music is my soul-it’s all i ever wanted to do.”

Ever since she could make noise, she started to sing. As a little girl she would sing songs, on repeat, from Les Miserables and Annie and put on dramatic performances for dinner guests in the family room. With a Moroccan father and French mother Sophia describes growing up as: living in America but home was another country all together.  She speaks English, French and Arabic and incorporates this into her music. As a child, she was drawn to many musical instruments; she quickly learned to play the violin, saxophone, and piano, and took voice lessons beginning at nine years old. In high school, she held roles in many plays and musicals including Candide, The Red Room, and Pirates of Penzzance. She sang the national anthem at all the high school football, soccer, lacrosse, baseball, and water polo games as well as at her high school graduation in front of 10,000 people. She continued on to participate in many singing competitions including: American Idol, Del Mar Idol (Placing 3rd), and Best of Utah (Placing 2nd). After high school she attended San Francisco State University for Jazz Performance and graduated from Los Angeles College of Music in Vocal Performance.

Sophia can currently be seen performing solo with a Loop Machine playing bass, guitar and keyboards while looping her voice live. Based in San Diego she has performed and can be seen performing at The Belly Up, The Music Box, House of Blues, 98 Bottles, Grand Hyatt, Panama 66, etc. and once a month at the Tasting Room Del Mar.  As well as all over Los Angeles at The Troubadour, Roxy,  Witzend, City Walk, Howl at the Moon,  Room 5, Kulaks Woodshed, Steamers Jazz Club, and more. In March she released her first full length album named “Heart and a Half.”