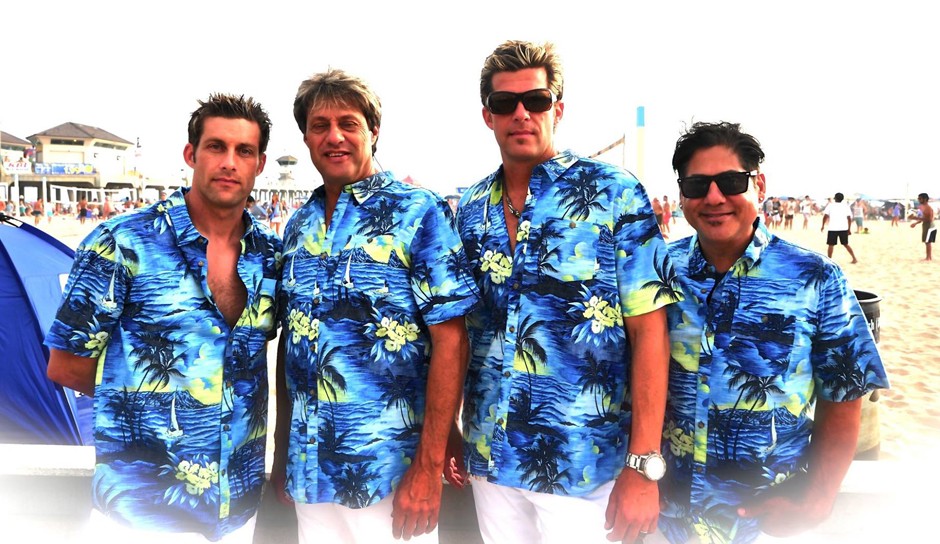 “Surf’s Up Beach Boys Tribute“Just like the real thing but Younger” …  Surf’s up is one of the first true Beach Boys tribute bands in the world. They have been perfecting & recreating the Beach Boys sound for 25 years. Literally since they were kids.  Keeping it in the family – the band consists of 2 brothers Donny & Danny Goldberg, their father Don Goldberg Sr. who founded the group and close cousin Denny Hardwick.  Their sibling harmonies capture the authentic blend of the Beach Boys like no other. Not just another “tribute band”, these veterans naturally bring the magical  “Sound of Summer” to your event.  Surfs Up also goes beyond Beach Boys , they have a huge variety of music to play for all ages and genres. Classic Rock, 60’s 70’s and 80’s Pop Rock – Top 40. So they will keep the party rockin to fit the venue.  They are fully self contained as far as Sound, Lights and iPod background music. So you have less to worry about.