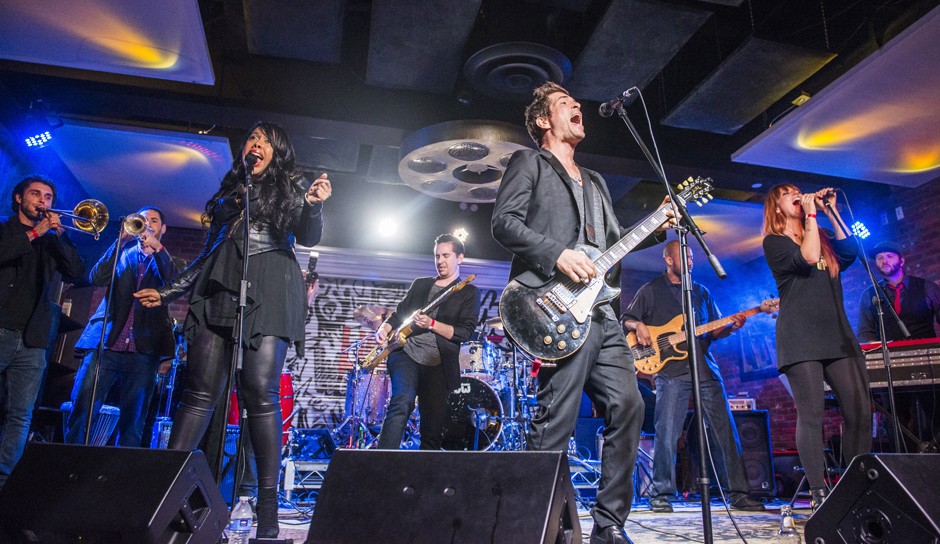 TODDSPLANET is the dynamic 10-piece band that has groove, horns, male and female vocals with a stage presence that brings you into the moment and actually makes you feel like a part of the experience. Recently formed by
Todd Morse (The Offspring, Juliette & the Licks and H2O) this one-of-a-kind hybrid cover band is making covers fun again and bringing back soulful rock ‘n’ roll by playing the hits that everyone loves and infusing them with their own vibrant energy.

Morse started his professional music career in 1994 when he joined the band H2O as a guitarist, along-side his brother/singer. Toby. The group released five albums, toured internationally and developed a die hard fan base in the punk rock scene. Six years later in 2000, they signed to MCA Records and were the first band in its genre to perform on ‘Late Night With Conan O’Brien’. H2O still tours and is widely considered a cornerstone of the New York hardcore scene.

Actress Juliette Lewis while she was forming “Juliette And The Licks”. The Licks toured extensively both nationally and internationally from 2003 to 2008. During his time with the band he recorded “Four On The Floor” (with none other than Dave Grohl on the drums) and scored two top ten hits on alternative radio in the U.K. with the Morse/Lewis co-writes,“Hot Kiss” and “Sticky Honey.”