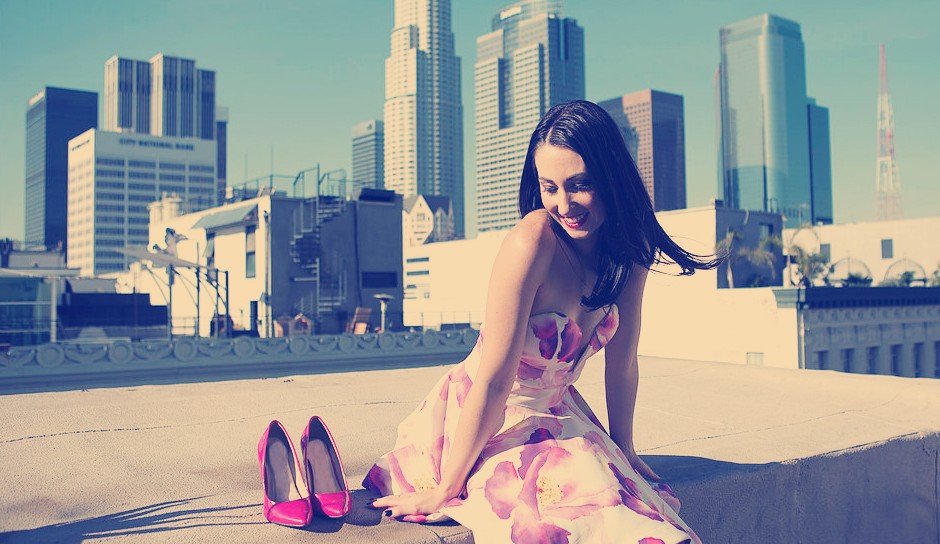 With a sparkling mix of elegance and style, Veronica McCluskey combines her Australian heritage with her many years of living and performing in the US of A.

Competing, placing and winning numerous eisteddfod awards from the tender age of five, it was apparent Veronica’s life was to be spent performing on stage – and so it has proven.

A dedicated routine in her formative years would see Veronica’s day begin early to master her talents on the piano in the morning and the guitar in the evening. She also sought additional studies, completing her baccalaureate in English with distinction.

With her talents continuing to shine, her love of musical performance did likewise and she was soon on her way to Queensland’s Conservatorium of Music, where she successfully completed a four year Degree in Popular Music, majoring in song writing & composition and sound engineering.

She also has previous rotational radio play for several of her tracks, most notably with 94.9 River FM, which is a Queensland based station as well as Mix 94.1 in Las Vegas, Nevada, Sydney’s Alive 90.5, KCR college in San Diego and 100.3FM 2MCR.

Not content to rest on her laurels, she took herself to America and settled in the bright lights of Las Vegas where she quickly established herself as an exceptional vocalist and in demand piano player.