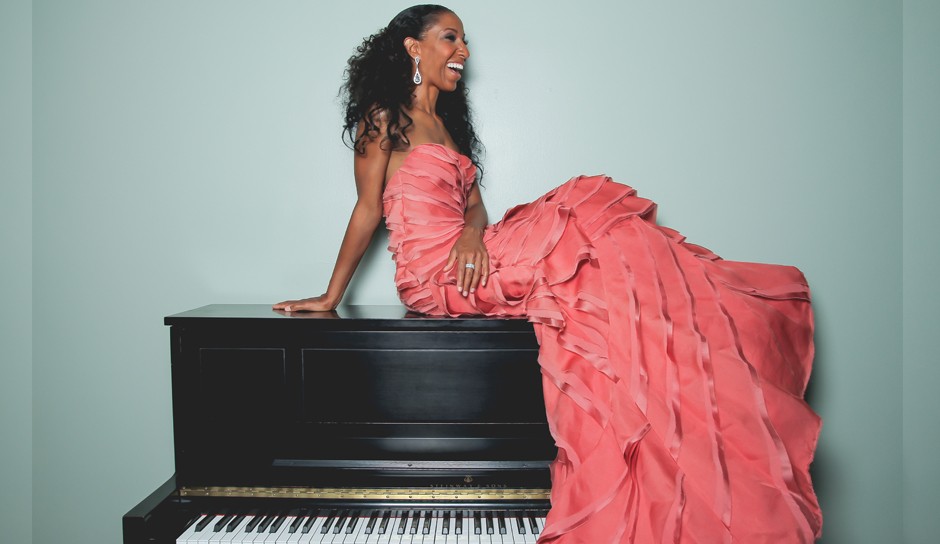 Victoria Theodore received her Bachelor of Music and Bachelor of Arts degrees in Classical Piano Performance and Computer Music from Oberlin College / Conservatory of Music (where she studied piano with Sedmara Zakarian Rutstein), and her Master of Arts degree in Classical Piano Performance from Stanford University (where she studied piano with George Barth and vocal accompaniment with Judith Bettina).

As a teen, Victoria studied piano and voice in the UC Berkeley Young Musician’s Program (YMP) and sang (and began her accompanying career) with the Oakland Youth Chorus (OYC) , under the direction of Trente Morant. Through YMP, Victoria studied piano primarily with Eugene Gash (1920-1995), (who a student of E. Robert Schmitz (1889-1949), who was a student of composer Claude Debussy).

In early 2016, Victoria was hired as the keyboardist for Beyoncé’s Formation World Tour.

Victoria joined Stevie Wonder’s touring band as a keyboardist and background singer in August 2007.  She has traveled around the world with Stevie, performing for President Obama for his 2nd inaugural celebration in 2012, Queen Elizabeth for The Queen’s Diamond Jubilee concertLive at Buckingham Palace, accompanying Stevie and other musical icons of every genre.  Victoria is also featured in Stevie’s DVD “Live At Last”, and is seen in the Oscar winning documentary “Twenty Feet From Stardom”.

Arsenio Hall came back to television in 2013, and Victoria was chosen to be the keyboardist in the band, Posse 2.0.  Unfortunately, the show was cancelled before the end of the first season, but Victoria had the opportunity to perform with an amazing group of musicians: Music Director, Robin DiMaggio, bassist Alex Al, guitarist Rob “FONKSTA” Bacon and multi-instrmuentalist/singer Sean Holt, creating incredible musical moments with a wide variety of artists, including Gladys Knight, Earth Wind & Fire, Joe Satriani, Nathan East, Randy Jackson, R Kelly, Trombone Shorty, Flo-rida and Lil Jon.

Victoria is a highly sought pianist, composer, singer and music instructor, respected for her wide-ranging musical versatility. Her debut album of original music, “Grateful”, was released September 1, 2015! “Grateful” demonstrates Victoria’s musical breadth, with songs that include elements of Jazz, R&B, Pop and hints of Classical. The 14 songs are tied by common threads: Victoria’s piano and her abiding sense of gratitude.

Available as a solo pianist, duo, and or full band.