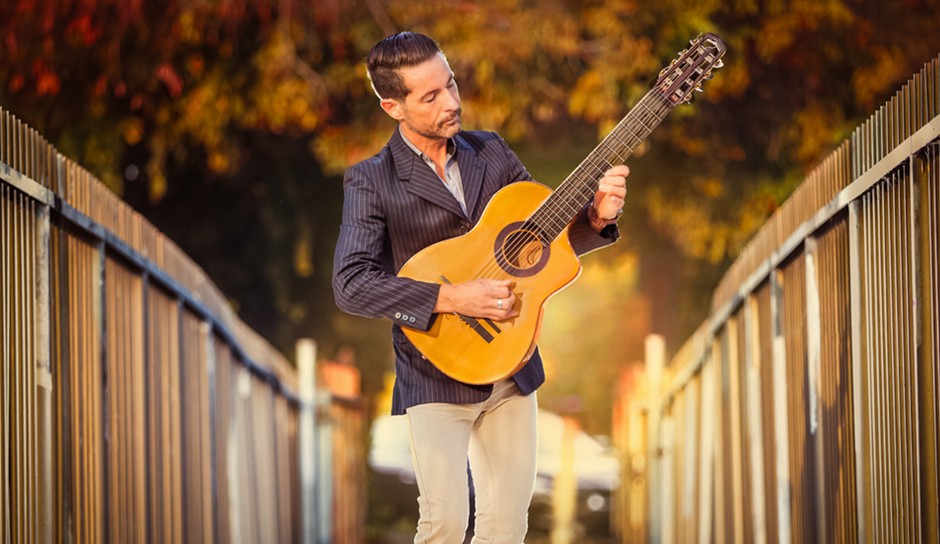 Born in Frauenfeld, Switzerland to non musical parents, Yussi began to play guitar in 1985 in the style of the British Invasion of the 60’s. After earning a degree in ground construction he went on to study at the renowned Jazz Institute St. Gallen, forming and playing in a dozen bands, teaching guitar, working as a sound man at Polka Festivals and recording an album with “The Minimals”. He then received a music Scholarship, moved to Los Angeles to attend Musicians Institute in Hollywood where he graduated with honors. In 1993 he enrolled at L.A.V.C to study classical guitar, arranging and orchestration, attend master classes and perform recitals. In 1994 Yussi began to play mandolin, banjo and other exotic string instruments, developed interest in flamenco guitar and studied with prominent L.A. teachers.

His original compositions blend Spanish and Middle Eastern guitar melodies with Jazz Harmonies and powerful Latin and Persian rhythms, and the result is an intriguing and playful sound similar to the Gypsy Kings, Ottmar Liebert, Strunz and Farah (with whom he has studied), and even John McLaughlin. This is an incredibly musical partnership, utilizing fluid ensemble lines and intelligent harmonies to showcase an amazing technical abilities. The music has sweetness, soul, precision, and youthful energy.